Unfortunately fish do get sick, and sometimes die. Today we are taking a closer look into a certain disease that affects fish known as Neon Tetra disease and cover how you go about diagnosing it and helpful prevention information.

Neon Tetra disease is unfortunately something that many fish enthusiasts and aquarium owners will run into and the effects can be disastrous on the population of your fish tank. This disease is most commonly observed in Neon Tetra fish, however it can also be transmitted or picked up by other fish in the aquarium.

What is Neon Tetra Disease?

Neon Tetra disease is caused by a parasitic organism known as Pleistophora Hyphessobryconis that feeds on the host fish until the fish is dead.

This is a communicable disease that is caused when fish eat other dead fish or even from eating live food servings such as those from Tubifex. Live food can act as a carrier of the disease and also transmit it to your fish once they eat it.

The parasitic organisms enter the fish and invade the stomach and the digestive track and consume the fish from the inside out. There are a few different key signs and symptoms that will appear if your fish are suffering from Neon Tetra disease which will be discussed in the following section.

The unfortunate part is that there is no real cure for the disease, and more so, fish aren’t the brightest creatures and they will eat other dead fish when given the chance. One of the slightly comforting aspects of this disease is that it is at least not transmittable to humans.

Need help with Betta fish sickness? check out this post.

There are a few different apparent signs of Neon Tetra diseases and none of them are pretty. One of the most obvious signs that your fish are infected with Neon Tetra disease is the fact that they will be covered with white bumps or cysts. These white cysts will grow in size and number as the disease progresses.

Another symptom that your fish will develop as the disease progresses is the loss of color, especially bright colors, and this will be more apparent the more colorful your fish is.

This loss of color will become very severe as the disease takes an increasing toll on the fish and eventually lead the fish to become pale white in color. Another thing that needs to be noted is that fish that are suffering from Neon Tetra disease are also more susceptible do developing other diseases such as fin rot.

The Neon Tetra parasite, because it consumes the fish from the inside out, will also sap the fish of energy and essential interior parts will begin to deteriorate. This will result difficulty or even an inability to swim properly.

This disease may even go so far as to cause the fish’s spine to become warped and curved which will drastically limit the ability of the fish to swim. The fish will also begin to exhibit weird behavior that is not normal for fish to display.

The fish will generally become very restless when affected with Neon Tetra Disease. They will also often swim erratically and break off from their groups, that or not even be able to school with the other fish properly.

Fish are group animals and they do not like to be alone. This need for the fish to be alone and the unwillingness to school with other fish is a clear indication that the disease is present.

Here is a short video that contains some pictures to show you what exactly the disease looks like;

Which Types of Fish can be Affected by Neon Tetra disease?

Of course as the name implies, this disease does affect Neon Tetra fish the most, but that doesn’t rule out other species. Other fish that are susceptible to catching Neon Tetra include Angelfish, Barbs, and Rasboras.

Most other fish can develop the disease however they are unlikely to do so. The only fish that shows a great deal of resistance to Neon Tetra disease is the Cardinal Tetras.

Is The Disease Treatable

Unfortunately for fish lovers and aquarium enthusiasts around the world, there is no known treatment for fish that are suffering from Neon Tetra disease. There is no medicine to slow down the effects and there is nothing that can be done to cure the fish.

Neon Tetra Disease Treatment: What Should I do?

The most common practice when you have fish suffering from Neon Tetra disease is to humanely euthanize them. You need to separate the infected fish from the ones that are still healthy in order to stop any further transmission of the disease.

Should I Try an Anti-Bacterial Treatment?

Here is a good guide on cleaning a tank after a disease.

That’s why you should try using an anti-bacterial treatment such as API Melafix Anti-bacterial Fish Remedy to remove any bacterial contaminants from the water that may be making your fish sick. The API Remedy is very effective at treating germ infections in fish, not to mention that it’s very affordable too.

If you aren’t sure that your fish is suffering from Neon Tetra Disease you can always try using an anti-bacterial remedy such as this. API Melafix Anti-bacterial Remedy is one of the most well-known and highly trusted bacterial treatments for fish that are suffering from bacterial infections. A whole bottle of this effective treatment is affordable and has a general good rating in the market.

API Melafix does help with the healing of open wounds and abrasions which is really important for preventing other diseases from occurring. This bacterial fish remedy is also very effective at treating things such as tail rot, eye cloud, and mouth fungus. Not only that, but this remedy is also great for re-growing damages fins and tissue.

This product is great because it can be used in both fresh water and salt water aquariums, something that not many other bacterial fish remedies can do. API Melafix is also really good because it won’t ruin the biological filter or the air pump, it won’t cause the PH to change levels, and it won’t cause the color of the water to change either.

How To Prevent Neon Tetra Disease

While there is nothing that you can do to treat the disease once your fish have it, there are quite a few things you can do to prevent the disease from occurring. The first thing to do is of course to separate any fish that are suffering from the disease before they further contaminate the rest of your other aquarium.

The best thing to do if you have already had an outbreak is to partake in some preventative measures to stop it from happening again.

The best thing that you can do to prevent the disease from happening is to observe the fish at the pet store and make sure they don’t already have Neon Tetra; that is actually one of the most common ways that people get their fish tanks infected.

This is probably because many pet stores don’t have the best employees and they don’t take good care of their pets. Even if the fish you are buying doesn’t seem to have any signs of an infection, you can always quarantine the new fish in a separate aquarium to make sure that they don’t have Neon Tetra.

Other than those tips, the best way to keep your fish from developing the disease is to keep the water clean. You need to perform in regular cleaning of the tank to remove fecal matter and possibly parts of dead fish (if you recently had fish die). Protein skimmers and UV sterilizer’s and good products to consider for keeping your tank clean.

Since fish get this disease by eating or ingesting contaminated food or dead fish, the best thing you can do is to make sure that no dead fish parts are present. The other thing that you can do is to not feed your fish the live food.

Live food has a higher chance of being infected with Neon Tetra than something like fish flakes. (more on food here).

How Long Does Neon Tetra Disease Take To Kill?

If you have a sick neon tetra, it may have neon tetra disease, sometimes referred to simply as neon disease.

How long this disease takes to kill neon tetras varies greatly, and the prior health of the fish, as well as stress and tank conditions can all affect this.

In severe cases, it can take just a couple of weeks to kill neon tetra fish, whereas in other cases it may take several months.

Is Cardinal Tetra Disease The Same Symptoms And Disease?

Yes, the symptoms of both of these diseases are the same, which is actually because it is the same diseases.

Many other fish can get this disease. Funny enough, cardinal tetras do show the most resistance to this disease, but they may still contract it.

Yes, neon tetra disease as actually highly contagious and can make its way through a tank in a number of days or even mere hours.

Eating infected body parts or really almost anything that has come into contact with an infected fish is usually more than enough to infect other fish.

Generally speaking, just swimming in the same water has a large chance of passing the disease along.

Can Bettas Get Neon Tetra Disease?

Yes, many fish are susceptible to this disease. Eating waste, the body parts of infected fish, or even swimming in the same water can cause betta fish to also get neon tetra disease.

Can Guppies Get Neon Tetra Disease?

Keep in mind that there is no cure for this disease, and mostly all that are found to have it need to be euthanized, as they will just suffer until they die, and most likely infect other fish too. Thankfully, neon tetra disease cannot be contracted by humans.

The fact of the matter is that you can’t completely prevent this disease from occurring in your fish. The best thing you can do is to always quarantine fish before adding them to your collection as well as keeping the water as clean as possible to ensure that there are no dead fish parts floating around in the water.

You can also avoid it by not feeding your fish live food. If your fish to get the Neon Tetra disease, you can try an anti-bacterial solution in the case that it is something else affecting your fish. However in most cases the fishes will most likely die and the only thing you can do is to take the fish out of the aquarium and euthanize them. (Here is a guide on the most humane ways to kill a fish). 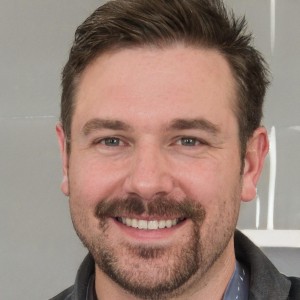